Once upon a time…

That’s the way all the best stories start, and in the case of Carl J. Nielsen A/S, the year was 1923 when a young Carl Johannes Nielsen opened a shop on Østergade in the centre of Randers at the tender age of 26.

The business thrived, and in 1936 he and his wife Frida moved premises to Jyllandsgade, in a neighbourhood then being built on the western edge of town. Times were hard, and in 1938 Carl Johannes went on the road to sell products such as paint to dairies and abattoirs, of which there were many at that time. Business went well and in 1946 they moved again to Slyngborggade, where the retail side was closed down to concentrate on wholesale. The range was expanded with items such as chamois leathers imported from England, buffing cloths, car shampoo and other items for the growing car market in the shape of filling stations, workshops and ambulance/fire stations. By 1952, Carl’s son Ove Kurt had joined the company after studying business at college. Once again, there were good grounds for expansion and a range of spices for butcher’s shops was added.

The business relocated again in 1956 to Søren Møllersgade 8, where a pepper mill was installed on the 1st floor, requiring Ove to carry sacks weighing 80 kg up the stairs, when he became the company’s miller and packer.

Things continued to go well, and in early 1965 the family bought Gl. Hobrovej 18, where the business stayed for a further 13 years. It continued to grow to the point at which a very wide range was offered to butchers, including via a sales van making regular calls on customers stocked with samples. Customers were able to see the range and take delivery immediately.

Around 1970, the first contacts were made with a larger wholesaler selling premixed blends to suppliers of sausages and meat pastes to supermarkets. The result is a boost for the company, which rents the former dairy in Fårup, north of Randers, to keep up with demand.

The reason for choosing this particular location was the cluster of dairies found locally, able to supply premixed blends to customers. The move was marked by the purchase of the company’s first forklift truck! By 1978, the economy is booming, and so is the company. Ove Nielsen decides to build a complete new factory at Nyholmsvej 16 in Dronningborg, Randers. Carl retired in 1978. 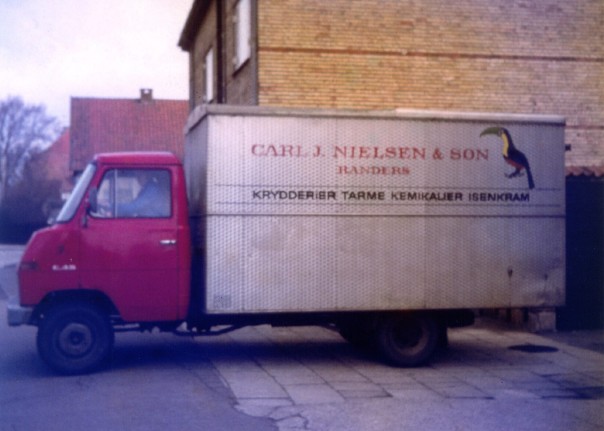 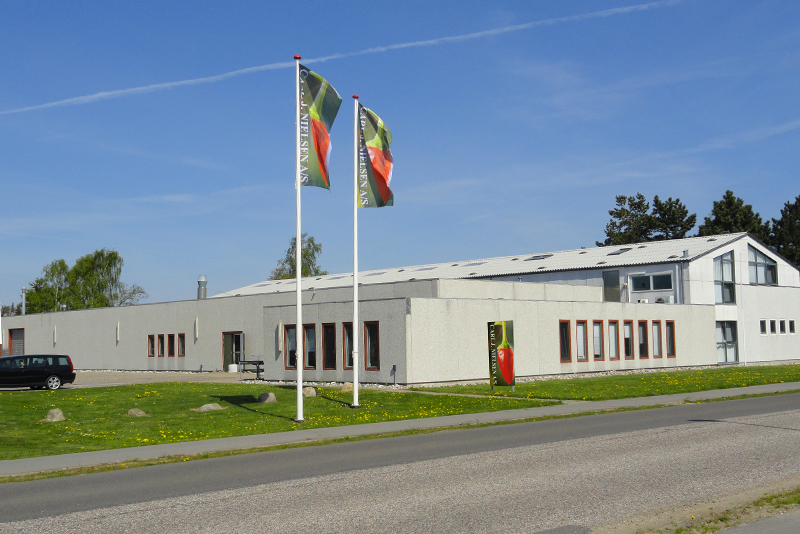 The 3rd generation of the family entered the business in 1985, when Michael K. Nielsen joined and the company began to move in the direction of industry. More products were developed specifically for industry and production is now a very important part of the company’s portfolio – more space is needed. An extra 500 m2 is added in 1991, giving a total of over 1300 m2, whilst the company has 10 employees. Ove Nielsen retires in 1997, and is succeeded by Michael. The first export campaigns start up, initially aimed at Sweden and Norway.

A former mustard factory on the other side of town is rented in 1999 to provide facilities for heat-treating spices. Production successfully begins despite teething problems, and the new process is called Tech Spice ®. The property is used for production and warehousing for the goods imported from their countries of origin. Ownership of the property is taken over in 2004. We now have a team of product development specialists, and the Quality Department was set up in 2001 with the aim of getting the company certified for the HACCP quality standard.

There are now 24 employees and the company exports to 10 different countries in the EU and Norway. 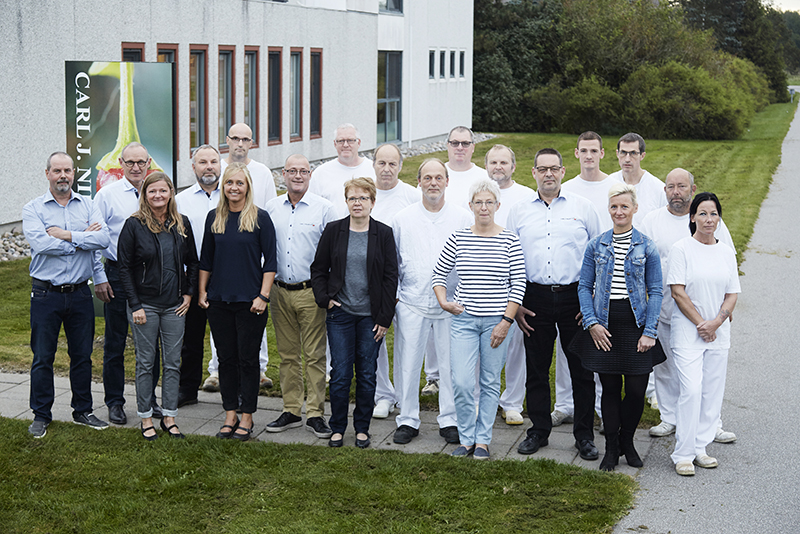 QUALITY is about the customer returning – NOT the product